Driving in the Dark

My watch read 6:00 pm as I lifted the door handle and jumped into my car to head home.  I had an hour’s drive ahead of me and I knew traffic was already thick.

As I approached the freeway overpass, it was stop and go for at least twenty car lengths, just to get to the onramp!  As I finally neared the signs, my brain did a quick disconnect and suddenly I couldn’t recall which onramp to take.  The first or the second?  East or west?  Hurry!  Make a choice!  I realized two wheel’s in and rolling, that I had just committed myself to driving in the opposite direction of my home.   The next offramp wasn’t for a mile.  In.  Dead.  Stop.  Traffic.

This little mistake of traveling in the wrong direction at rush hour cost me big time.  After finally getting off at the next exit, my GPS insisted on taking me through what I’m sure was, every single solitary side street that paralleled the freeway.  These, which I might add, were also filled with traffic.  What a bonus!   It was at least a half hour before I had the pleasure of approaching the original intersection, where I’d started, for round two’s ramp choice. By the time I finally got myself onto the freeway, going the right direction, I was frazzled to say the least. And I still had a full hour of this red taillight madness ahead of me before I would ever see my driveway.

Now, I realize, to any person who works farther from home than they deem convenient, I’m sure, right now I sound like a whiner.  Ok, I’ll admit it.  I am whining.  But, I’m whining with a purpose – does that make it tolerable?  I hope so.  Because, I promise, I am going somewhere with all of this (excuse the pun.)

Okay, back to the story.  So I’m finally going the right direction, heading home.  Traffic is slammed tight, bumper to bumper, every lane filled to the brim.  No big deal though, I tell myself.  I try to shake my mood and look at the positive side.  I’m just happy to be off the crazy side streets heading home.  I’ll just cruise.  I’d expected the delay.  I have a full tank of gas.  I let out a huge sigh and tried to relax into the flow.

Traveling down the road for a while, nip and tuck with my fellow man, I’m pretty darn proud of my maturity.  I’ve taken a moment to let it go.  I recognize how mellow I’m now feeling.  I’ve managed, after driving for about forty five minutes, to let my frustration roll off my back and I’m feeling good.

A couple more minutes and the car pool lane will open.  I can wait.  Finally, hitting the blinker, I glance over my shoulder and slide on over to the left.  But, the second I enter the carpool lane the guy behind me honks and flashes his lights at me!  I immediately feel the sting of his rudeness.  He doesn’t own the road!   I shake off the frustration.  I say to myself, Hey, I don’t have to let this get to me!  Since this dude’s in such a hurry, I’ll just move back over and let him pass and take his jerkness with him!  I’m determined to keep my chill mojo.  But as I veer my car to my right, to move back over a lane, a big four wheel drive truck comes barreling up on me.  He lays on his horn and in an instant I’m embarrassed and furious all in one.

I’m embarrassed because I didn’t see the truck.  I’m furious because he didn’t slow when he could clearly see me changing lanes.  I’ve now decided that the jerk in the carpool lane has caused this whole thing.   All this was because he just couldn’t relax, like I was doing.  He started it all with his lights-flashing and horn honking!  My laid back mood has now disintegrated at the hands of these two self centered drivers!  The actions of the two of them stomped all over my peaceful attitude. I’m ticked.

Just about this point I’d love to roll my window down and give them both a piece of my mind.  But of course I won’t do that.  Instead I grip the wheel tighter and glare straight ahead. Why do people have to be so rude?!  I lament to myself.  I was trying to do a nice thing by getting out of his way!!! Those drivers’ impatience almost got all three of us into a royal accident!

All of the sudden my internal rant comes to a halt. I notice something I hadn’t noticed prior.  It was dark outside. (Now, don’t go judging me – like who doesn’t notice when it gets dark outside???)  Remember earlier, while I was trying to get myself turned around?  That’s when the sun had actually set and dusk had made it’s way into full on darkness.  In my frustration of being surrounded by headlights and taillights, I hadn’t paid attention.  The roads were fully lit like rows of Steroid Christmas trees, and I’d simply failed to see the sun go down.

Now, ten minutes from home, the light bulb goes on – not only for my car, but in my head as well.  Everything that just transpired, replayed like a row of dominos.

That guy?  The one I blamed and called a jerk under my breath – the one who stole my peace?  That guy’s honking and flashing his lights was actually him trying to warn me that I was driving without my headlights on!  He was actually looking out for me!  He was trying the help me.

And that big four wheeler?  He wasn’t crowding me out of the lane.  He didn’t see me at all.  There were no tail lights to indicate I was even there.  And if I’m honest, I was hurrying to get out from in front of the first guy…maybe I never hit my blinker?  The four wheeler did nothing against me, personally.  It was all my perception.  The problem was never with either of them.  The problem was with me.  The problem was actually created by me!

How many times, in my life, have I done this type of thing? With people I care about, with the relationships in my life?

Something happens and immediately, I size it up.  I go with my knee jerk reaction, calling it gospel. I make a sloppy judgement based on faulty data.  When others act in ways I don’t understand, I assume their reason.

The problem is, I’m the one in the dark.  I don’t know everything.  I can’t see their true motives.  I don’t know for sure where they’re coming from, what they’re thinking.  The details of their why are hidden.

Why others do what they do – only their hearts know for sure – and sometimes not even then. Sometimes people themselves don’t have a clue why they do what they do.  So, how in the world, then, would I think I could possibly know?

The next time I’m sure I’ve got it all figured out, instead of judging others, I think I’ll try turning my own lights on. 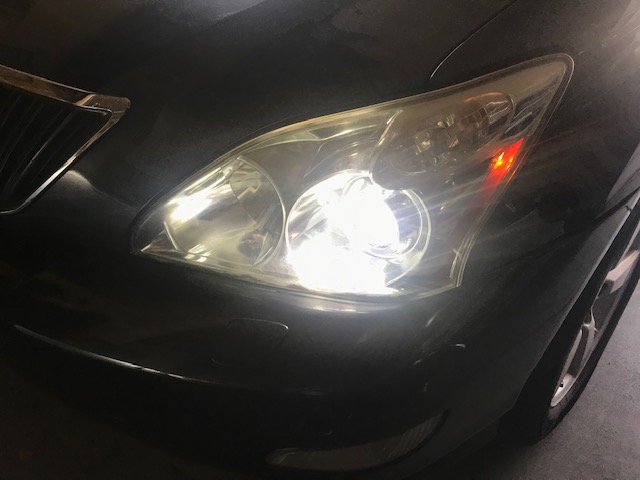