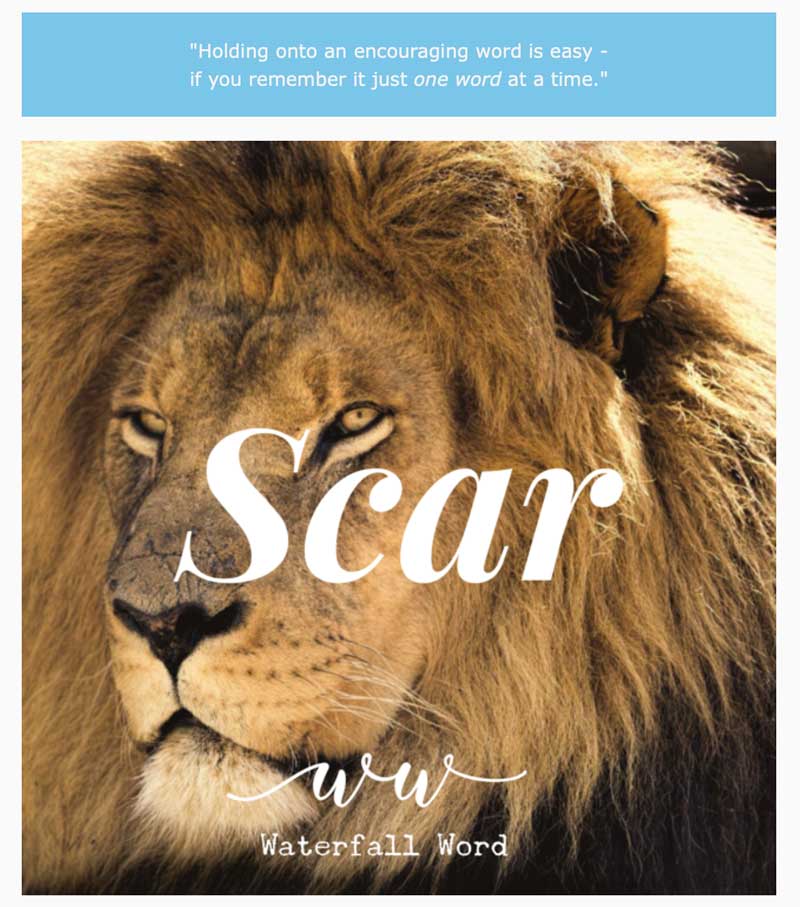 Scar –  A mark left by a healed wound, sore or burn; a lasting after effect of trouble, especially a lasting psychological injury resulting from suffering or trauma.

I have a scar.

It starts at my spine and travels lengthwise across the entire right half my back, ending with a weird fork-like point at my waist.  Not exactly pretty.

It’s a thin red line that tells the truth – cancer came to me.  Stealth-like, unannounced and definitely uninvited, it came without my knowing, nonetheless it made itself right at home in me.

Even though I felt just fine, it was there… just below the surface.  I couldn’t see it, I had no clue.  Nonetheless, not being aware of it didn’t change the fact that it was very much there.  It had been silently growing, unnoticed, all that time.

When my biopsy results came, I had choices to make.  I had to choose who to believe.  What to believe.  And what exactly to do about it.  My gut insisted I was just fine – that all this was just some big mistake, some hullabaloo that would result in nothing.

In the end, it came down to this, would I trust something outside myself and act accordingly?

Just like cancer, emotional toxicity can reside and grow inside any one of us. No one is immune and as long as we’re breathing, chances are we’ll have some trace of it in us at some point. It can remain hidden so well, for so long, that we’ll live our lives completely unaware of the harmful thing so deeply rooted in us.  We’ll actually embrace it as part of who we are.

Sometimes, out of fear we can choose to ignore the symptoms and with good reason.  Finally life is somewhat manageable – why stir up a mess?  To stop and actually face these deep seated drivers seems crazy – like inviting a tsunami to a wedding.  To say it could be extremely messy would be an understatement.

If we dare engage, doubt quickly scrambles to the surface in an attempt keep things nice and tidy – and buried. It begins its rapid fire…
If I choose to actually go there, what will I find?
What if it’s painful?
What if it’s scary?
What if I don’t know how to handle it?
What will others say?

What about the scar?

It’s tempting to again turn away. But left alone, without addressing what’s there, harm will only grow deeper and the outcome will grow worse.

Deal with it now, or deal with it later – these things have a way of leaking out of their internal containers, (no matter how tight we thought we snapped that lid shut.) Left unchecked, that toxic sludge eventually seeps into everything we see, feel and touch.

So do you really want to leave that junk just sitting inside you?

For me, a scar now remains where cancer once was. When I look at it what do I now see?  What do I remember?

Was it scary?  Yes, but I don’t focus on that.  I remember that life is a gift.  It’s something we’re given – loaned, actually.  It’s not for sale.  It’s not to be taken for granted. It’s a treasure placed in us and also in those around us and should be treated as such.

Did it hurt?  Of course.  But that’s not where I go.  I learned to recognize the beauty in the pain – it’s literally a banner of victory.

This crisis did not own me.  It taught me.

This scar, to some unattached onlooker might seem ugly.  But to me, it literally shouts LIFE!!

Today, when I catch a glimpse of my scar, I’ll often find myself smiling. I’m not kidding. I can’t help but stop and reach around my waist, touching lightly to trace that long indentation. Because when I see it, I see and feel loved by my Creator.

Does that sound weird?

It’s because I remember clearly how He walked with me every step of that journey, showing me the truth and giving me the courage and peace to “go there” – because He loves me.

You ask me how do I know this?

Well, it’s simple.  He has the scars to prove it.

He was pierced for our transgressions, He was crushed for our iniquities; the punishment that brought us peace was upon Him, and by His wounds we are healed.  Isaiah 53:5